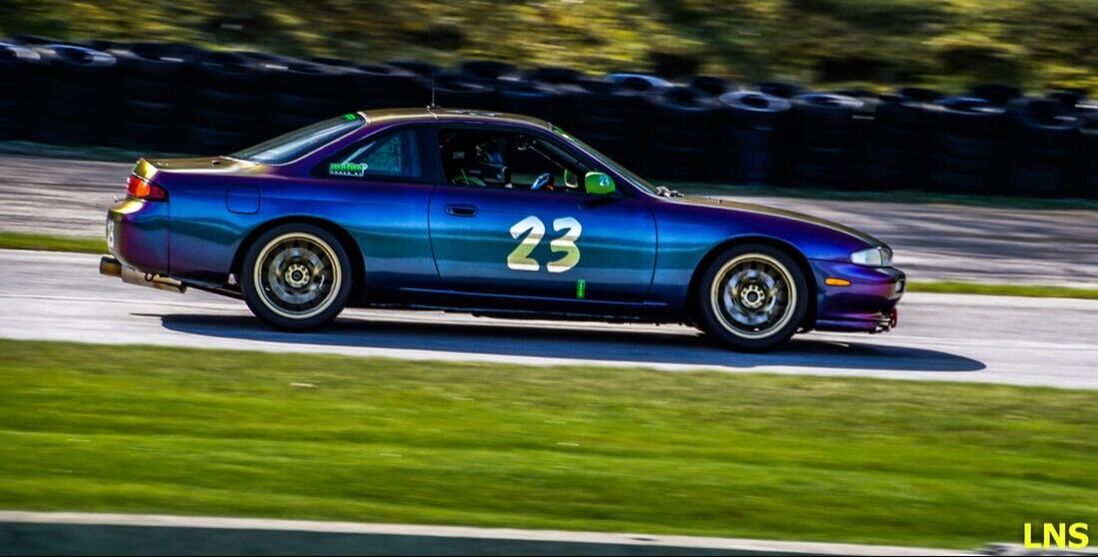 ​Don bought this 240sx to build it into a well rounded endurance race car. Building this car has been a little slow to due limited funds but its getting closer to being a full race car. It was stock when Don bought it in 2012 from an customer that was moving and didn't have a reason to keep it anymore. In the first week of owning the car Don was in a rear end accident!. So the car had to go on a frame machine and be checked and had the body pulled back in shape. After getting the car back looking like a 240sx again it got a plastic dip gc47 pearl finish on it. Don drove a few open lapping days and time trails with it after suspension work and good brakes and tires were added. After about a year of fun drive the stock engine with 240,000 miles the engine was showing signs that it was worn-out. So next move was to rebuild the stock engine or do something more exciting!. Don choose to do something new and uncommon by going with an engine swap from a nissan 370z. The engine is an vq37vhr producing over 300whp which more than double the power the car had with the stock ka24de engine. With the 2009 370z power train swapped in the 240sx was the challenge to getting it to run and drive. Don has been driving the car  to sort the problem out with doing the engine swap.